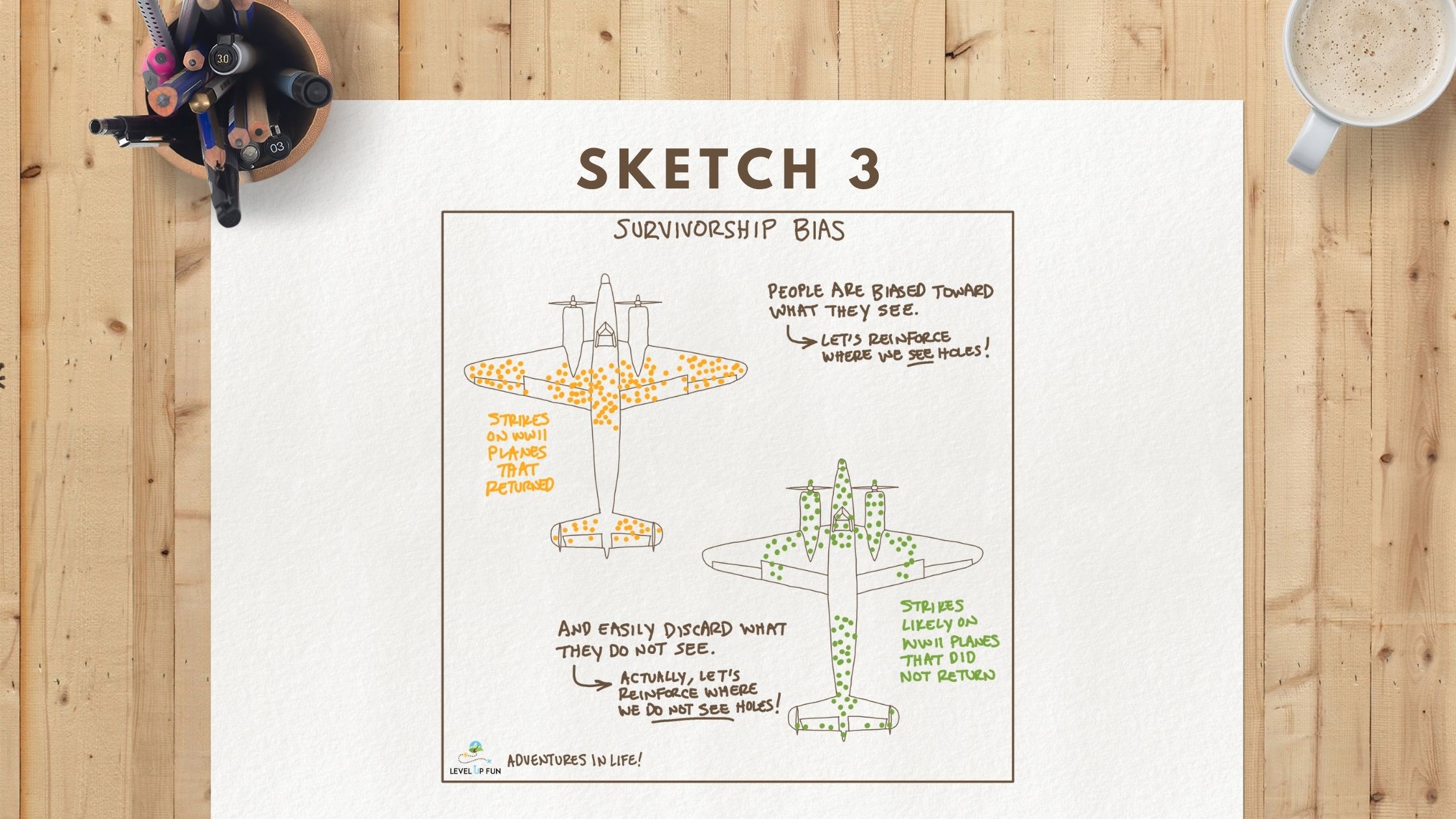 Survivorship Bias is a form of bias that derives conclusions heavily influenced by what is seen while largely excluding those things that are unseen. There is a corollary to only focusing on success and not learning from failure. One way to avoid this form of bias is to develop the habit of asking counterfactual questions.

The WWII plane example is perhaps the most illustrative. Army Air Force engineers could not reinforce the entire plane, because it would be too heavy to fly. Naturally, commanders wanted to reinforce those areas that had taken damage from enemy fire.

When presented to a brilliant statistician named Abraham Ward, he immediately disagreed. Those planes that did return, actually showed where planes were the strongest. Ward cautioned them instead to consider the planes that did not return and where they were damaged.

If intelligent military commanders got this decision so incredibly wrong, just imagine how this same form of bias can affect your own decision making!