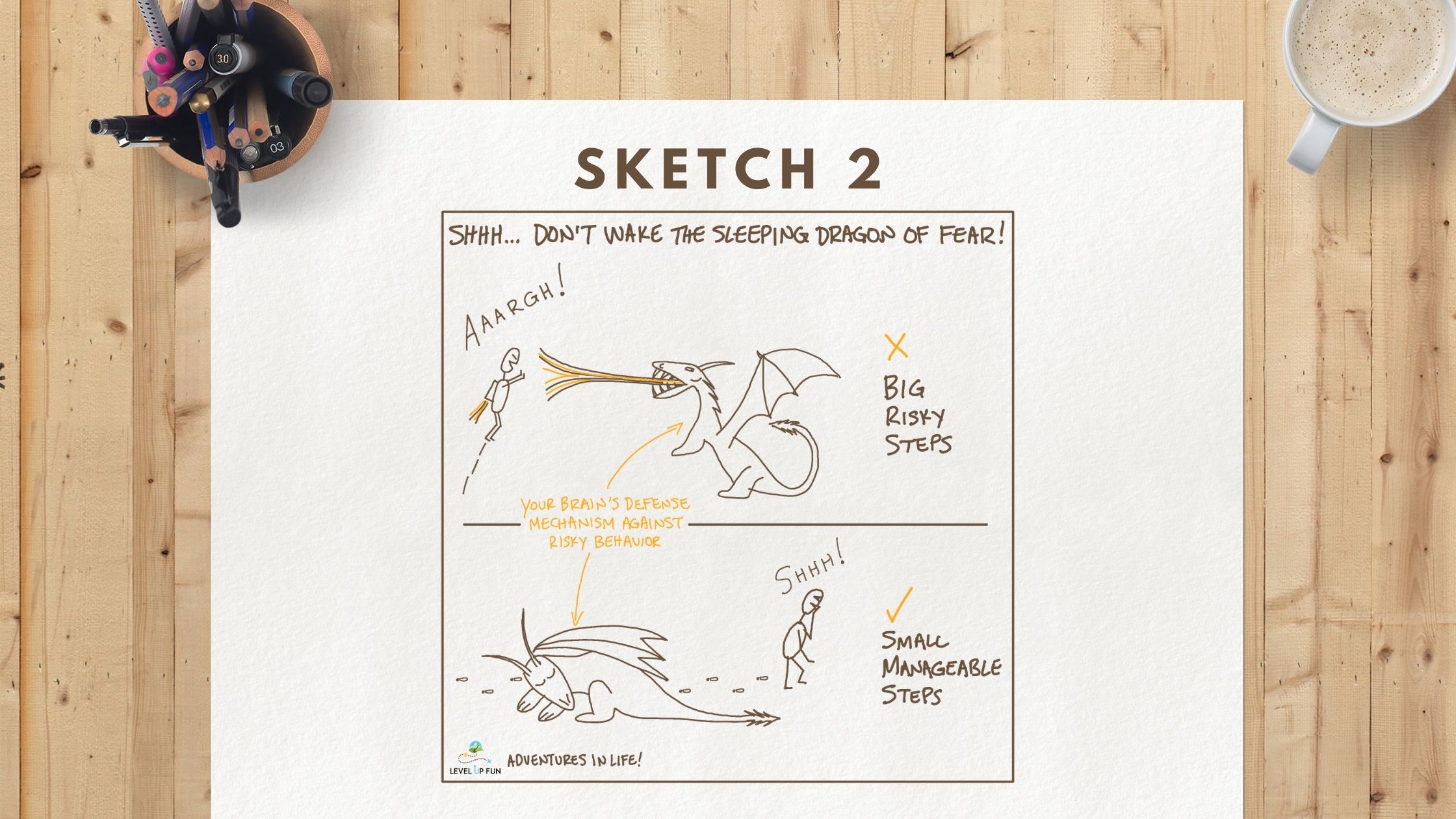 Within the brain is the sleeping dragon of fear. It is a defense mechanism that guards against big, risky change. Break big things down into small steps, and the dragon continues sleeping. Take too big of a step, and you must face the dragon's wrath.

Understanding this important aspect of the way you are biologically wired is important with respect to change, because the brain stem and midbrain control the flow of signals between the body and the brain. When you are frightened, the midbrain initiates your fight or flight response and shuts down communication to non-critical functions, including the higher order thinking of the cerebral cortex.

That makes perfect sense when you are faced with a hungry crocodile or a charging hippo. The last thing you want to do is study the problem and weigh alternative courses of action. What you really need to do is start hoofing it! Most of us are no longer faced with these kinds of risky encounters, but there are plenty of modern concerns that invoke the same response.

Any change that involves even a modest amount of fear, including worry, stress and other forms of fear, initiates the fight or flight response. When you need rational thinking and creativity most, those pathways are shut down to eliminate distraction. You have no doubt experienced this in many ways throughout your life:

The examples are endless and endlessly frustrating.

Big change can be dangerous, so you are programmed to avoid it if possible. Knowing that small change allows you to tip-toe past the sleeping dragon of fear in your midbrain, you can:

The key is breaking big things down into small things, and then taking one small step at a time.