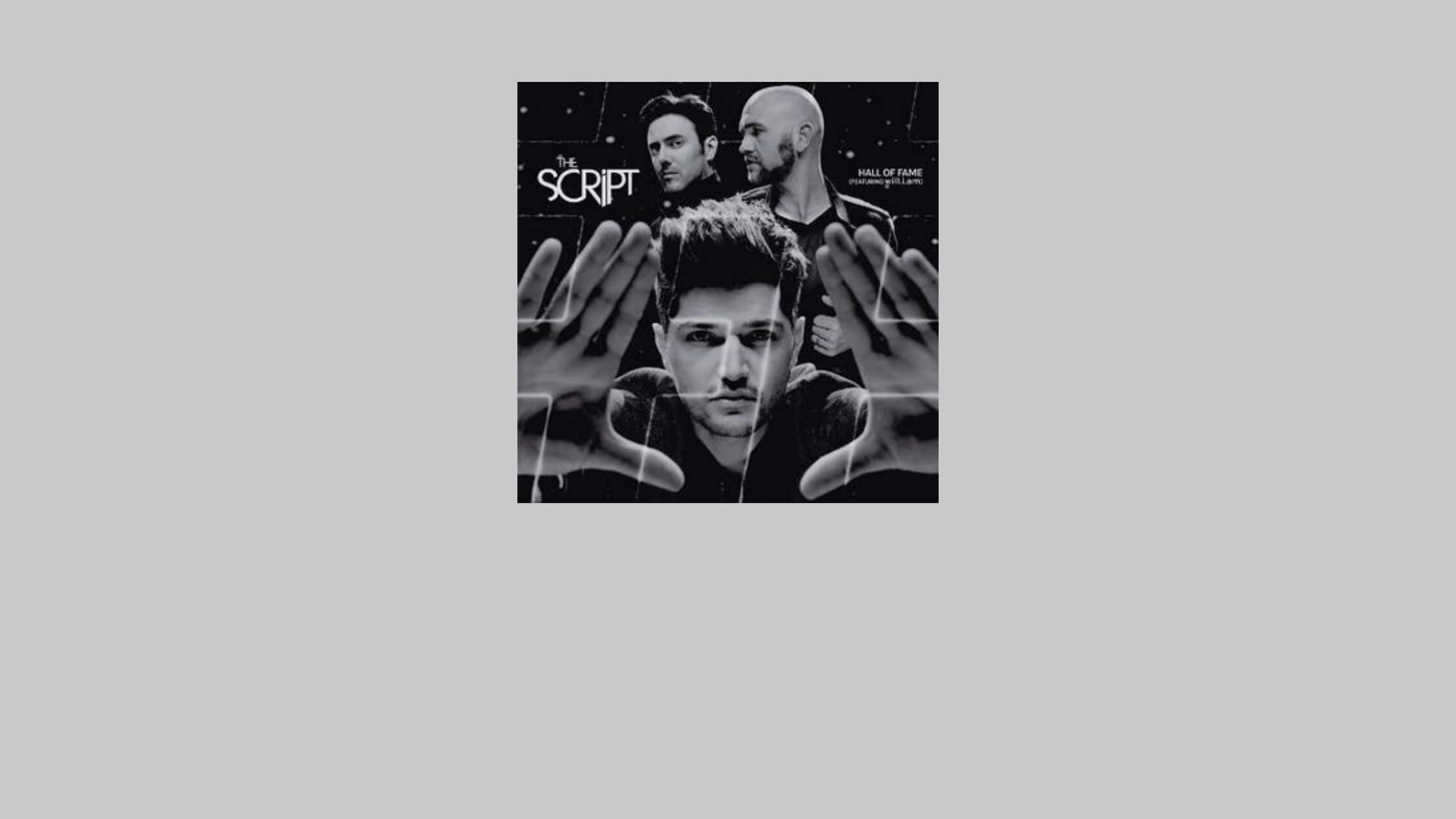 Hall of Fame is the first single from The Script's third album and their first #1 hit in the UK. It is a collaboration with will.i.am of Black Eyed Peas fame who frontman Danny O'Donoghue met on The Voice UK.

The song originated in response to a marathon supported by The Script in the UK. As one of the band members explained in an interview with Ash, Kip & Luttsy from NOVA 106.9 Radio...

I was going down to support a marathon in the UK, and all these normal people were raising money for cancer awareness and, to be honest, that’s why we wrote the song because we thought people like this don’t get a "thank you." No one ever notices them. It’s always athletes that have these halls of fame. So that’s why we wrote the song － we were completely inspired by normal people running this race.

Danny O’Donoghue attached another meaning to the song regarding the music industry...

It’s a really inspirational song about not following money, not following the things that "music" would believe is important, like red carpets and this that and the other. It’s about following your heart.

I actually used this song in a year-end video for the high school field hockey team I coach. It celebrated the achievements of each player and the overall team with Hall of Fame blasting from every corner of the banquet hall. Each player, manager, coach and parent had something to contribute that year. I wanted to make sure they all knew how important each contribution was.

This song speaks to me of what it means to be a champion in life — no matter who you are, where you come from or who you aspire to be. It begins with a powerful affirmation of what you can be: "the greatest" and "the best." It follows with equally powerful truths.

As the Roman stoic philosopher Seneca once said, "Luck is what happens when preparation meets opportunity." Be dedicated to your aspirations and don't count on luck to drop success in your lap. When the opportunity arises, usually when least expected, you are prepared to meet it and seize greatness.

This is a common message in athletics, but it is equally important in life. Practically every major achievement is built on countless small advances that happen in the gym, in the office, on the practice field or at home out of the spotlight. There are few forces greater than the blood, sweat and tears of dedication intersecting with opportunity.

Adversity with a Smile

With another reference to the ancients stoics, you accept the things you cannot change and focus objectively on what you can change. No matter how many obstacles you face, you break them, go around them or even turn them to your advantage. You do so with grace, humility and even a "smile." Knowing that adversity is in fact an opportunity to grow, you become stronger, better and more confident with every obstacle. The obstacle is the crucible within which champions are forged.

If you don't take the first step toward greatness, you will never know what you are truly capable of. The mind fears big changes, so break down your aspirations into small steps and just take that first step. Work each and every day to improve just a little. Momentum will build, and before long, the excitement and inspiration wells up inside for what you accomplished and what lies ahead. From the Tao Te Ching, "The journey of a thousand miles begins with a single step."

Become these truths and you too can be a "Champion."

Check out the lyrics and song facts:
‍Genius | Songfacts | Lyrics.com